Baobab fruit powder is a completely natural raw wholefood composed of high levels of antioxidants and dietary fiber. Research has shown that when consumed with simple carbohydrates, it will slow their glycemic response. Baobab essentially lowers the GI of high GI foods such as white bread!

By slowing the glycemic response of simple carbohydrates, the findings indicate that baobab fruit powder could potentially help in the management of obesity and type 2 diabetes. It is thought that specific groups of antioxidants called polyphenols contained in baobab fruit powder are responsible for this effect.

Our body’s “glycemic” response to a food is the measure of the effect it has on our blood sugar levels after eating. Persistent fluctuations in blood sugar levels can lead to serious health problems such as type 2 diabetes. Unfortunately when the body receives more glucose than it can use, it stores the excess sugar which it is unable to metabolize as fat. That is why eating foods which promote rapid and elevated blood sugar levels such as white bread, confectionery and white rice can often lead to weight gain.

This has resulted in the development of the glycemic index (GI). Foods classified as low GI typically release glucose slowly into the bloodstream leading to only moderate level increases in blood sugar levels. Higher GI foods such as simple carbohydrates will result in a more rapid rise in blood sugar levels. However, the GI of a food is different when eaten alone than when combined with other foods. When eating a high GI food, you can combine it with specific GI-lowering foods to balance out the effect on blood glucose levels (source: American Diabetes Association). 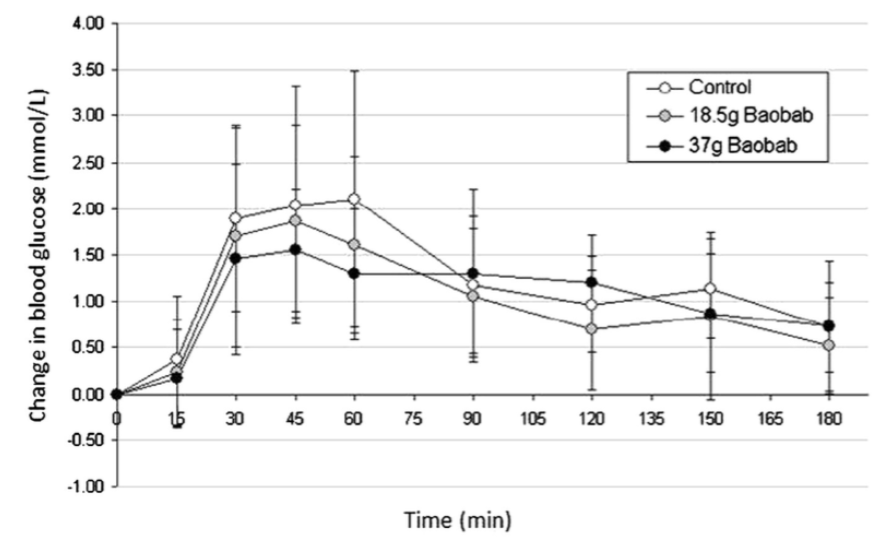 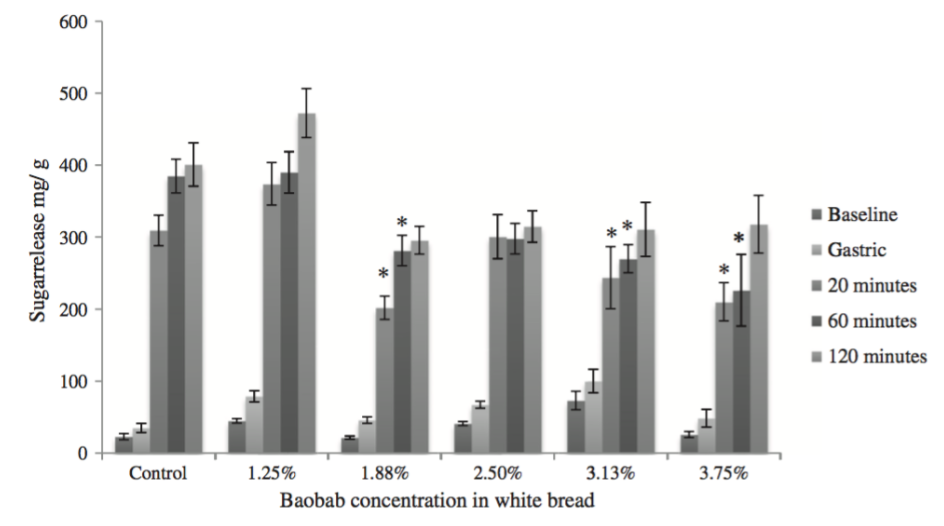 “We have carried out a number of studies on Baobab Fruit at our Centre and the results have consistently demonstrated that baobab can have a stabilising effect on blood glucose. Baobab is rich in fibre which can slow down the rise in blood glucose, helping prevent sugar spikes. It is also high in polyphenols which have been shown to effect the release of sugars from carbohydrates into the blood stream, reducing their conversion into glucose. Our studies have shown that along with a good diet and exercise, consuming Baobab could help regulate your blood sugar.”

Adaptogen
Scroll to top
WordPress Lightbox
Contact Us Today!
Do you want to add the nutritional performance of Baobab Superfruit to your products? Complete the form below and learn more about this exciting ingredient.